HOW TO PLAY LAWN BOWLS

Lawn bowls is played on a large, rectangular, manicured grass or synthetic surface known as a Bowling Green which is divided into parallel playing strips called rinks.

The aim of the game is to get one or more of your team's bowls closer to the Jack than your opponent's.

The game starts with a coin toss and the winner lays the mat and rolls the jack to the other end of the green to serve as a target. Once it has come to rest, the jack is aligned to the centre of the rink and players take turns to roll their bowls from the mat towards the jack and thereby build up the "head" (the cluster of bowls around the jack).

Bowls may curve outside the boundary of the rink, but must come to rest within the boundary to remain in play. Bowls falling into the ditch (at the end of the green) are dead and removed from play – with the exception of when one has made a connection with the jack (known as a “toucher”). "Touchers" are marked with chalk and remain alive in play even if they fall into the ditch.

Similarly, if the jack falls into the ditch it remains alive (unless it is beyond the side boundary), resulting in a "dead" end which is either replayed or replaced on a designated spot – depending on the rules of the competition. Once each competitor has delivered all bowls (two, three or four depending on the competition), the distance from the jack to the closest bowl(s) is determined, and one point (called "shots") is awarded for each competitor’s bowl which is closer than the opponent's closest bowl to the jack. For example, where a competitor has three bowls closer to the jack than their opponents, they are awarded three shots. The exercise is then repeated for the next end, across a designated number of ends. 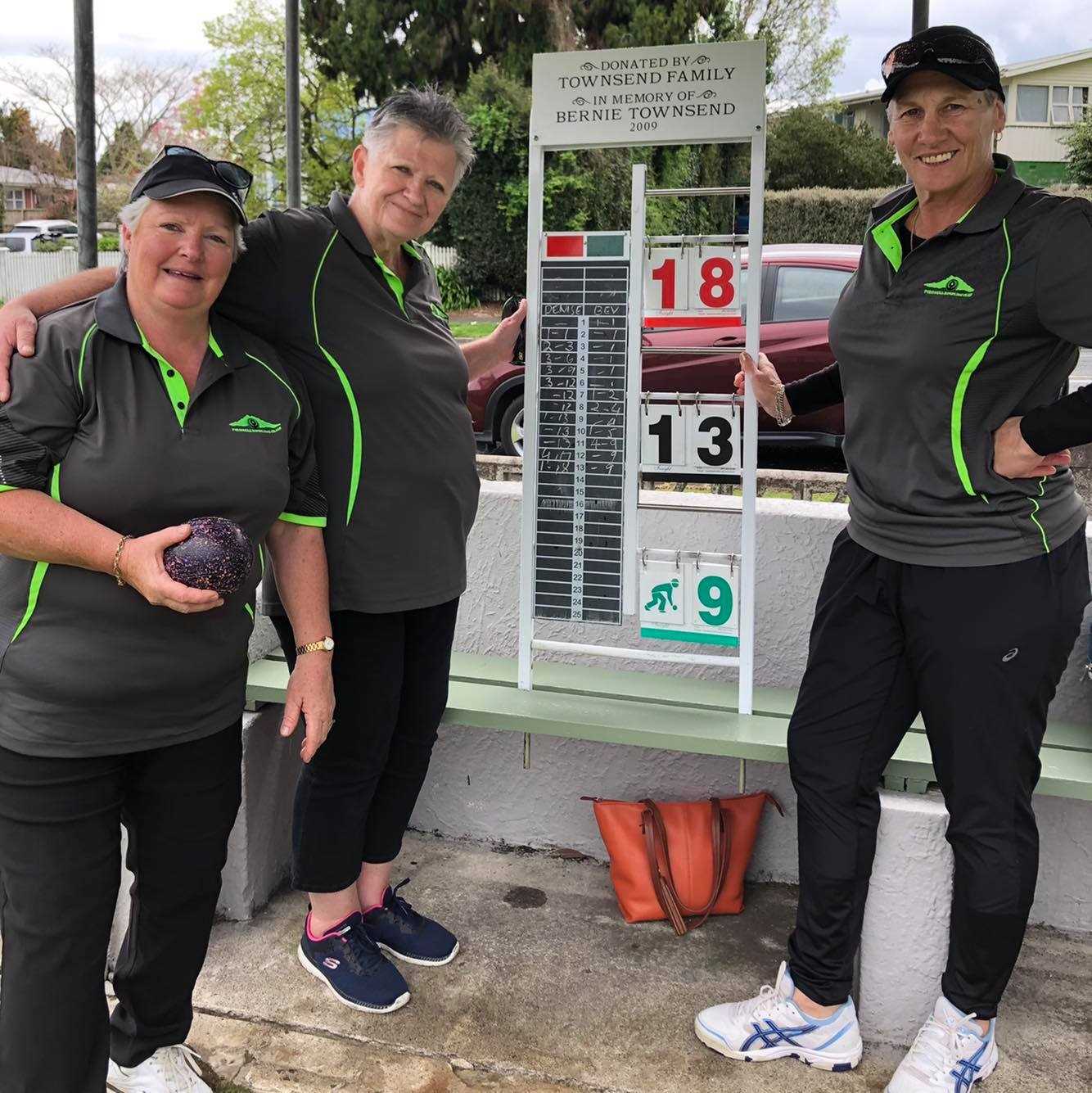